In the previous post we got the server logins associated with its server level permissions, this is a good step but by default it is not enough, because most of the time we will have some logins that have permissions on the database level not on the whole instance one.


In the below script we use a simple cursor to loop through the targeted instance databases and extract the database roles assigned to server logins, please note that using cursors is not the optimum method for looping for many considerations we will talk about later but at least make sure to close and de-allocate the cursor after using it.

After that we can query this temp table in order to get any piece of required information, below is a snapshot of a sample result set for the query. 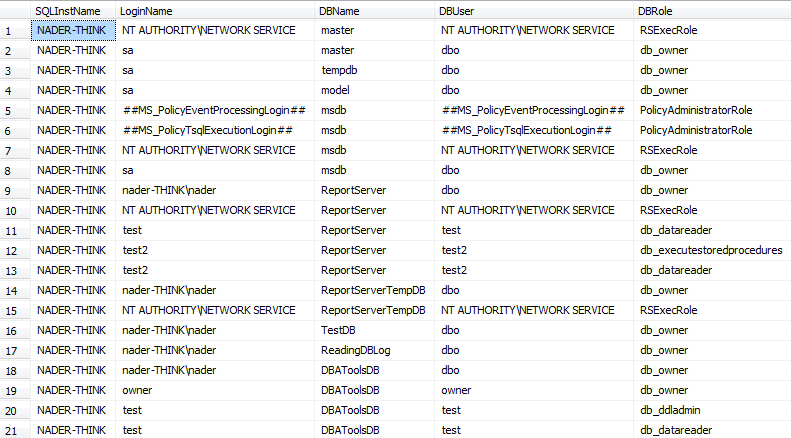 Next Step
It is useful to keep these security figures inside tables in order to have a security log for granted permissions on your SQL instance, this will be our next and final step in these three parts of Collecting Server Logins & DB users Granted Permissions series.

Posted by Nader at 3:20 PM
Email ThisBlogThis!Share to TwitterShare to FacebookShare to Pinterest